In the Benoni Defence Black exchanges his e-pawn for White’s c-pawn leading to an asymmetrical position which he would like to use in order to become active in the middlegame. The unusual name comes from Ben-Oni in Hebrew and means the son of suffering. Benoni players must sometimes be prepared to suffer since with his advanced pawn on d5 White possesses a lasting advantage in space. After the first moves things usually continue as follows:

That is in principle the basic position of the Benoni Defence, even if in chess literature it is already classified as such after 3...e7-e6.

In the main variation White develops his knight to f3 and after Black has continued with the fianchetto of his dark-squared bishop, which always happens in the Benoni, he immediately occupies the centre with e2-e4.

With this move White delays his further development and plans the further occupation of the centre with e2-e4, but also if possible the redeployment of his knight to c4 to exert pressure on the weak pawn on d6.

In the Fianchetto Variation White mirrors the development of the king's bishop. Both sides go on to develop their bishops and castle short. After that Black can try to become active on the e-file with ...Rf8-e7 or prepare to expand on the queenside with ,,,a7-a6. 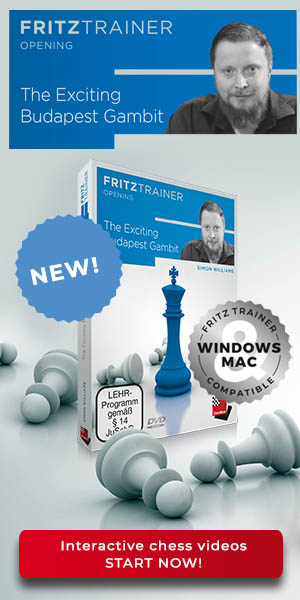