The knight is the only piece which can jump over other pieces. Its move is slightly bent. One square either horizontally or vertically and then one square diagonally. Or the other way round: one square diagonally and then the other square horizontally or vertically. As it moves it leaps over any pieces which are on the intervening squares. This ability of the knight compensates for its limited range.

If an opposing piece is on its target square it is captured and the knight takes its place.
Knights feel most at home in the centre of the board. On the edge they suffer from their lack of range and they can only control half the number of squares from there. They become especially dangerous when they are close to the opposing camp since they can seek targets behind protecting pawns.

What are pawns, please?

Consider the thing on the g5-square as though it was a black box.

It cannot move (it is blocked) so it will be easy meat for the knight. More about this in the next chapter.

Saved at the last second.

To finish, something difficult. You can simply skip it.

A passed pawn is a pawn which is not stopped from reaching the opponent's back rank by an opposing pawn. The arrow in the diagram shows what the pawn's intention is. Your king is too far away to catch it.

The saving plan. Stop the pawn with the knight and then win it with the king.

The centre is a good place for the knight to be. From there it can reach out to many squares. On the edge and in the corner a knight is less effective. The knight fork is a dangerous tactical motif.
Back to: 4. Queen
Continue to: 6. Pawn 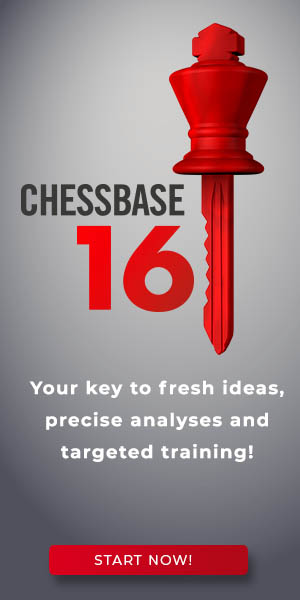